Thanks to Mark F, Mark P, Andy B, Bill D and Derek R for putting up the star. 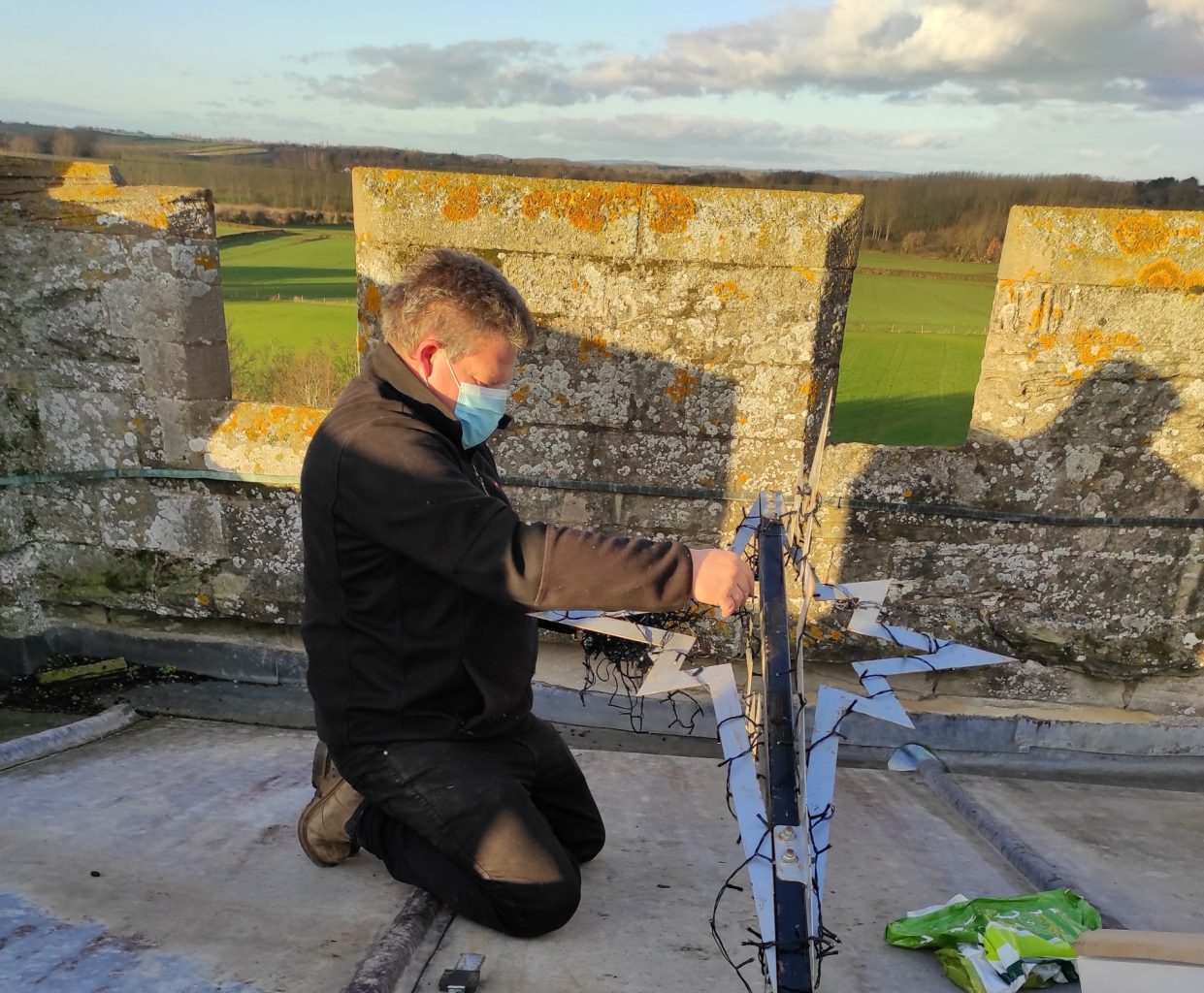 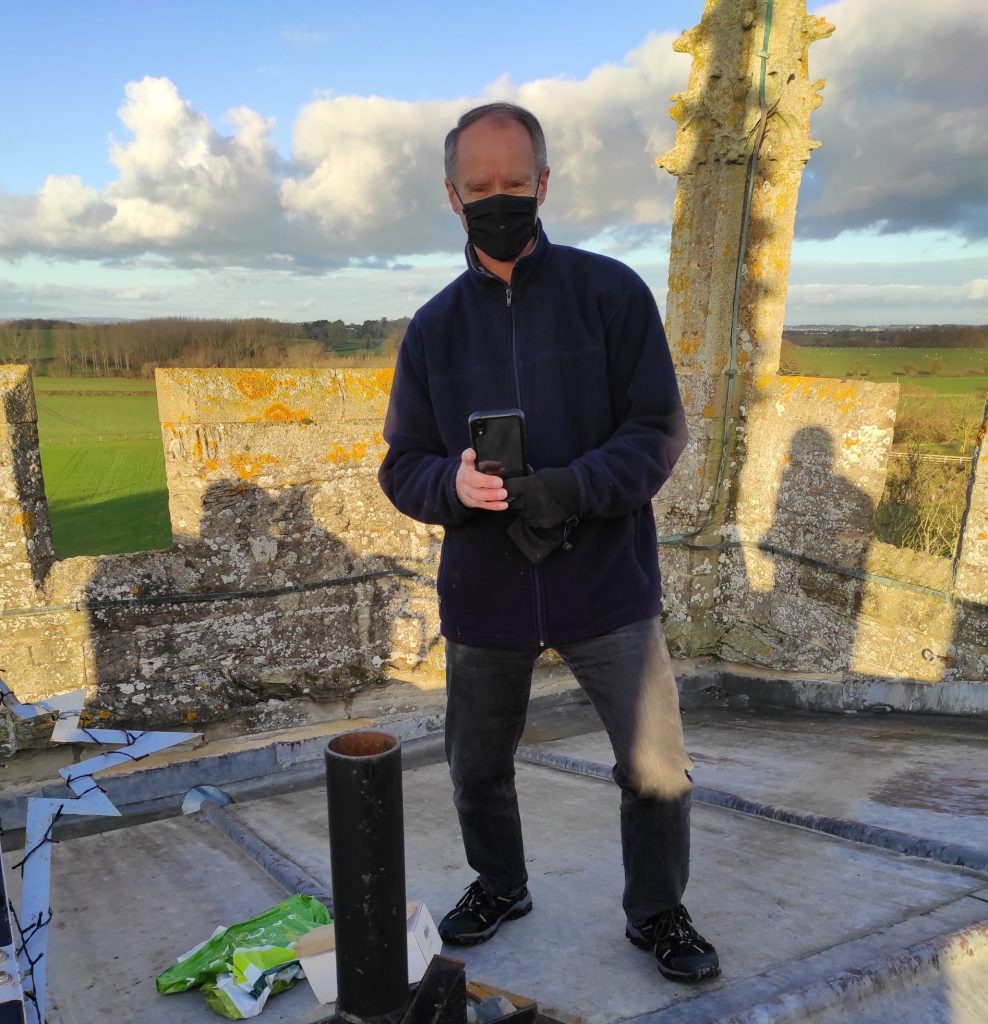 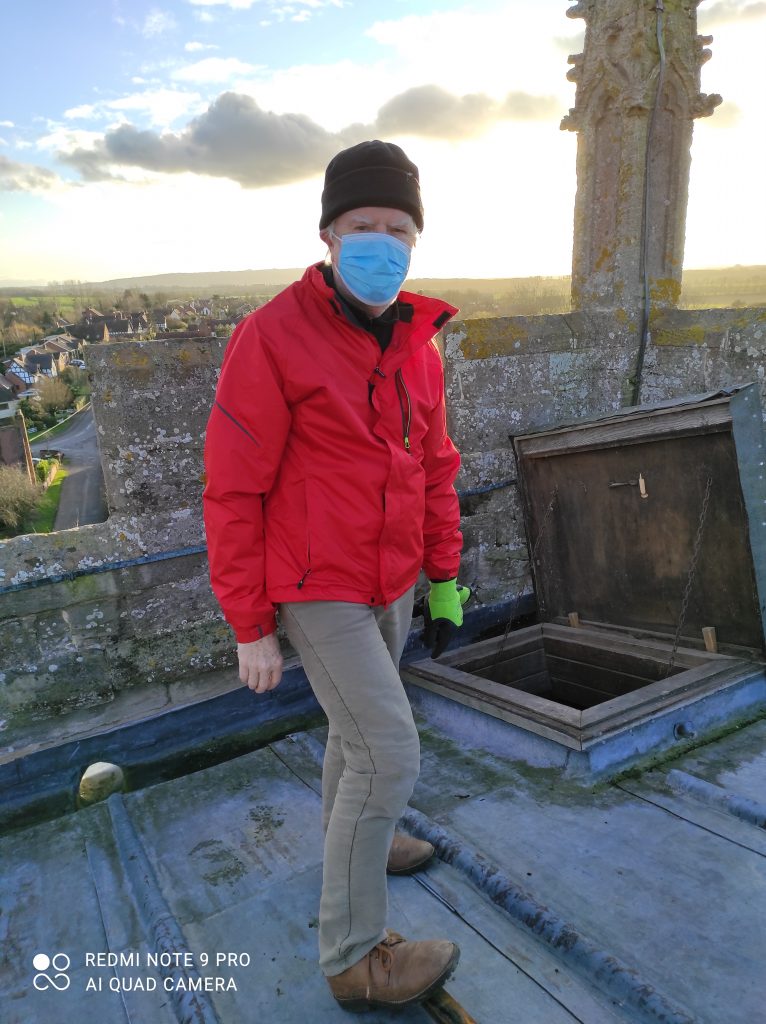 Our thanks go to Peter Davis who took these picture with his super drone camera. New lights this year which are brighter and better than ever. They look great! 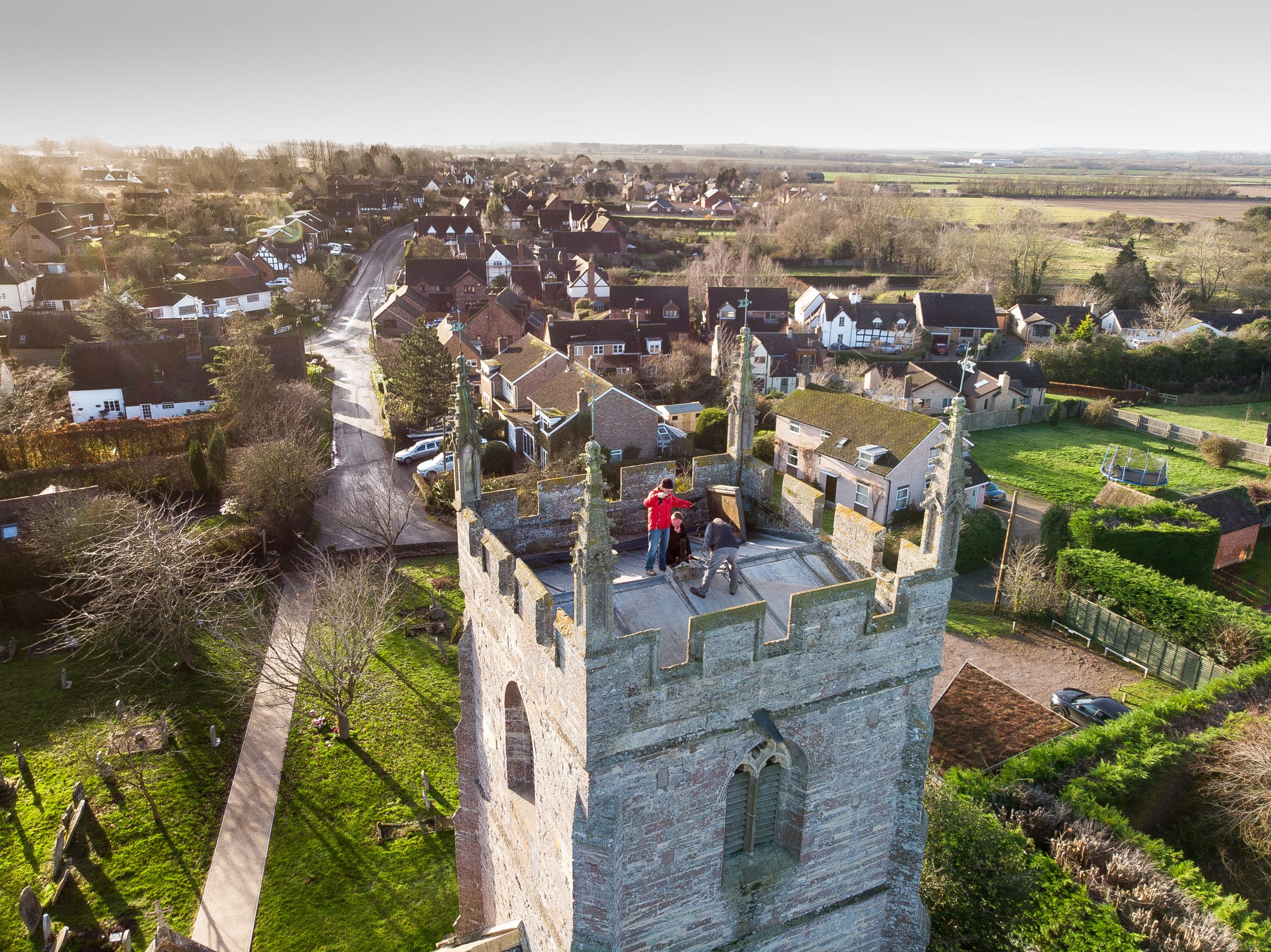 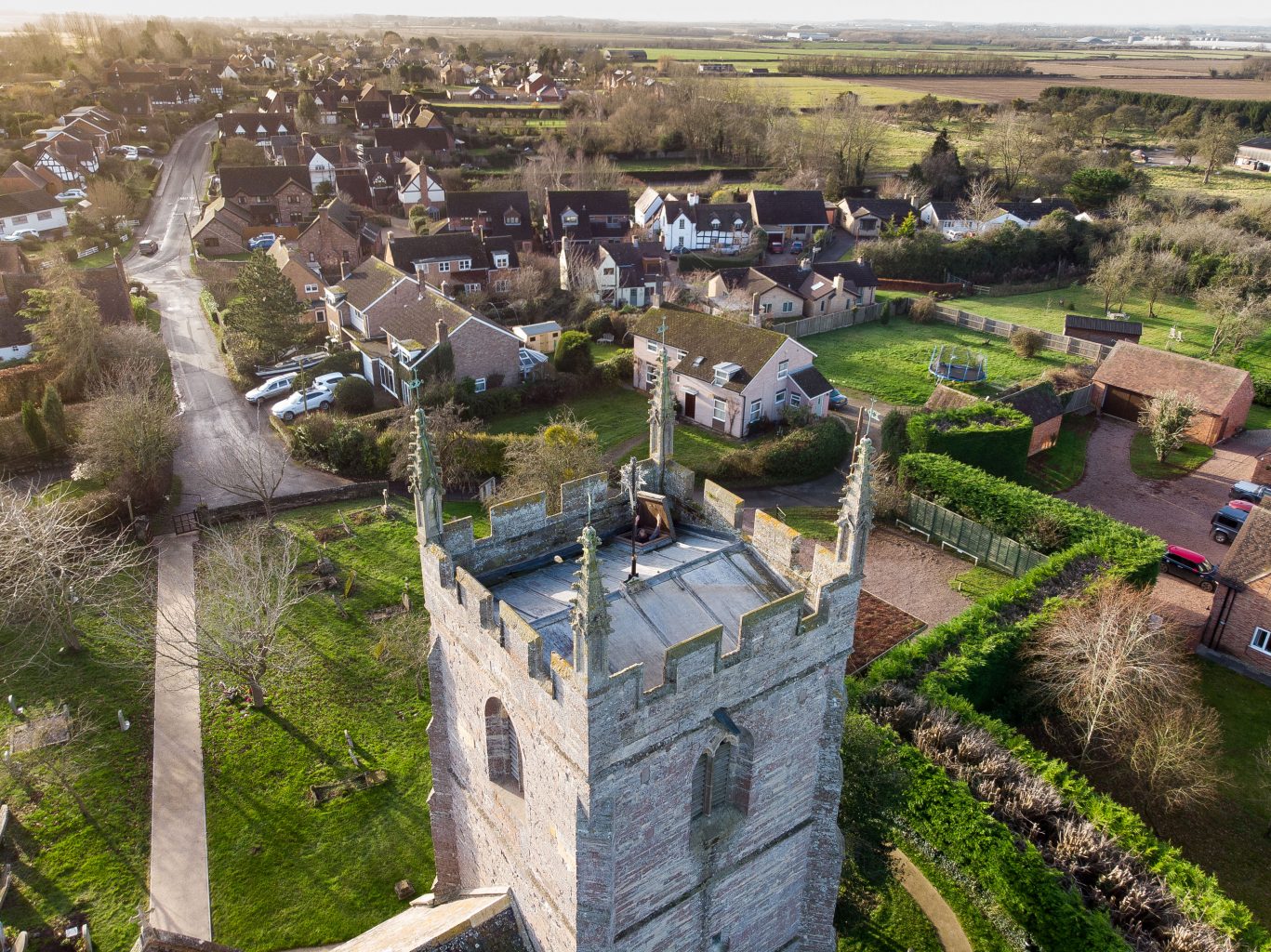 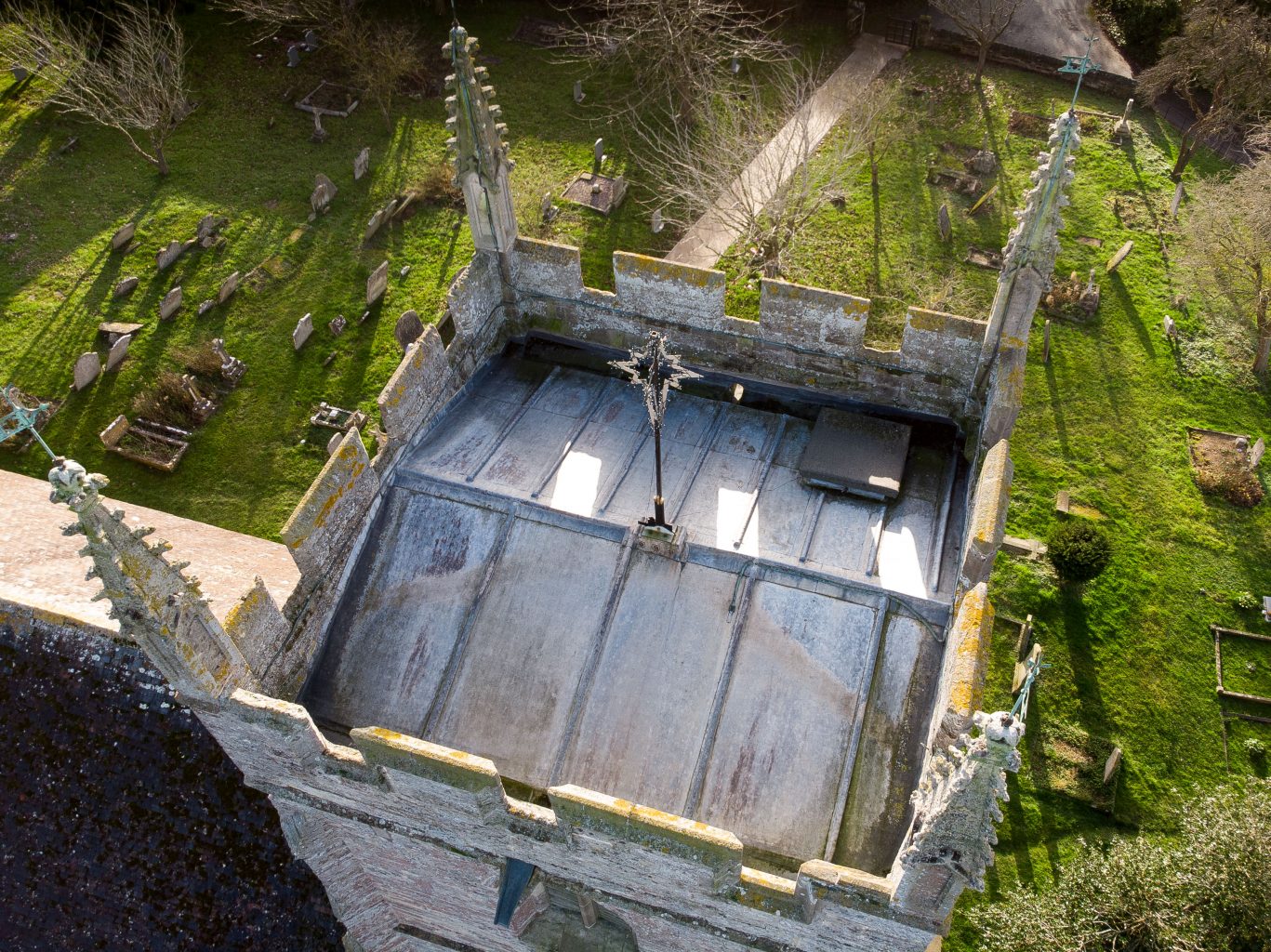 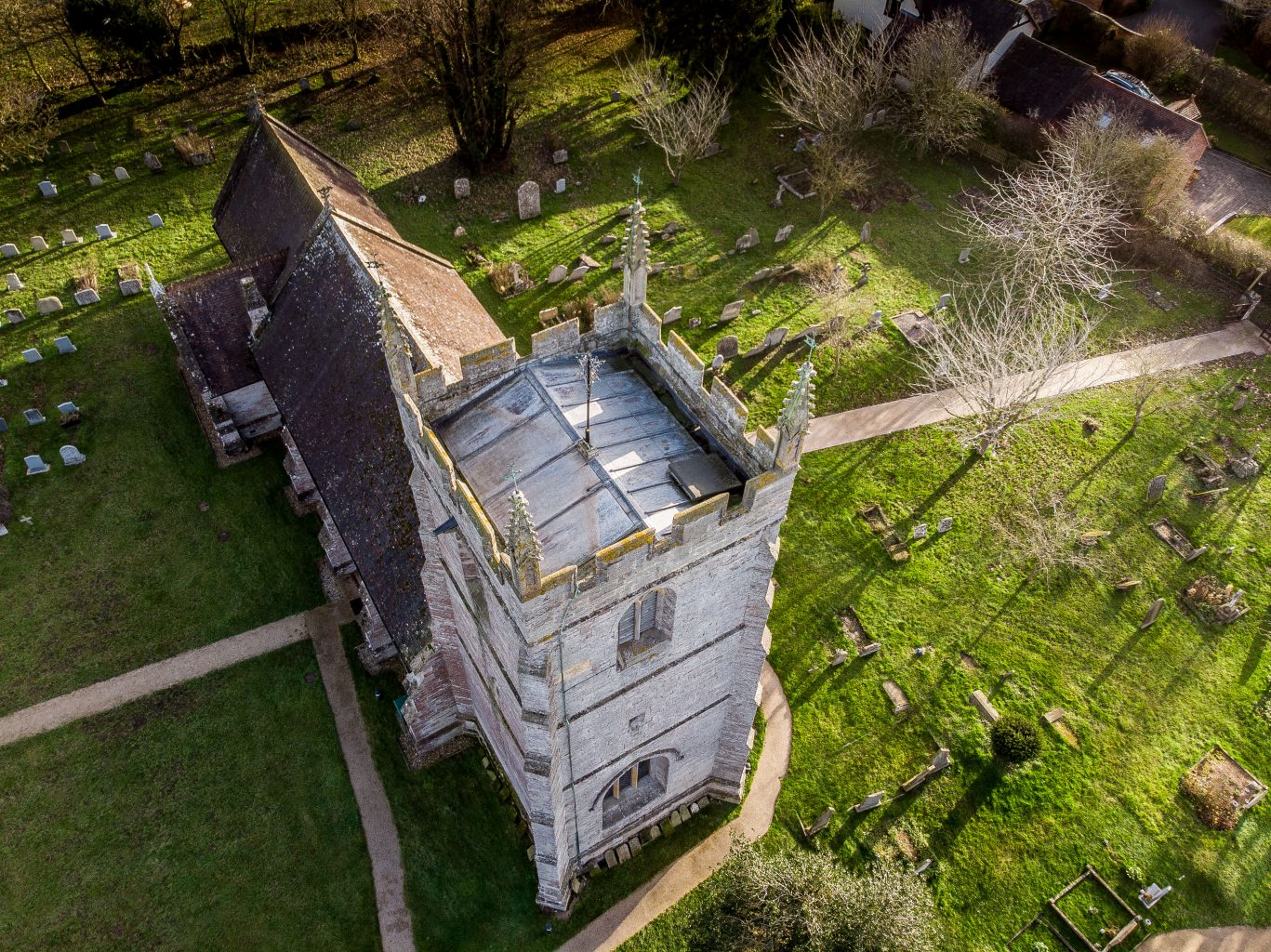 We packed the Villages Hall with 10 tables of 8 players and a super time was had by all. Tickets had been sold out for some weeks. Members receive advance notice of ticketed events so make sure to join us. You can donate on-line too and we will put you on our member list.

Special thanks are due to Mark our shy and retiring quiz-master who entertained with his usual wit and humour.

The winners were “Quizically Challenged” – see picture below. 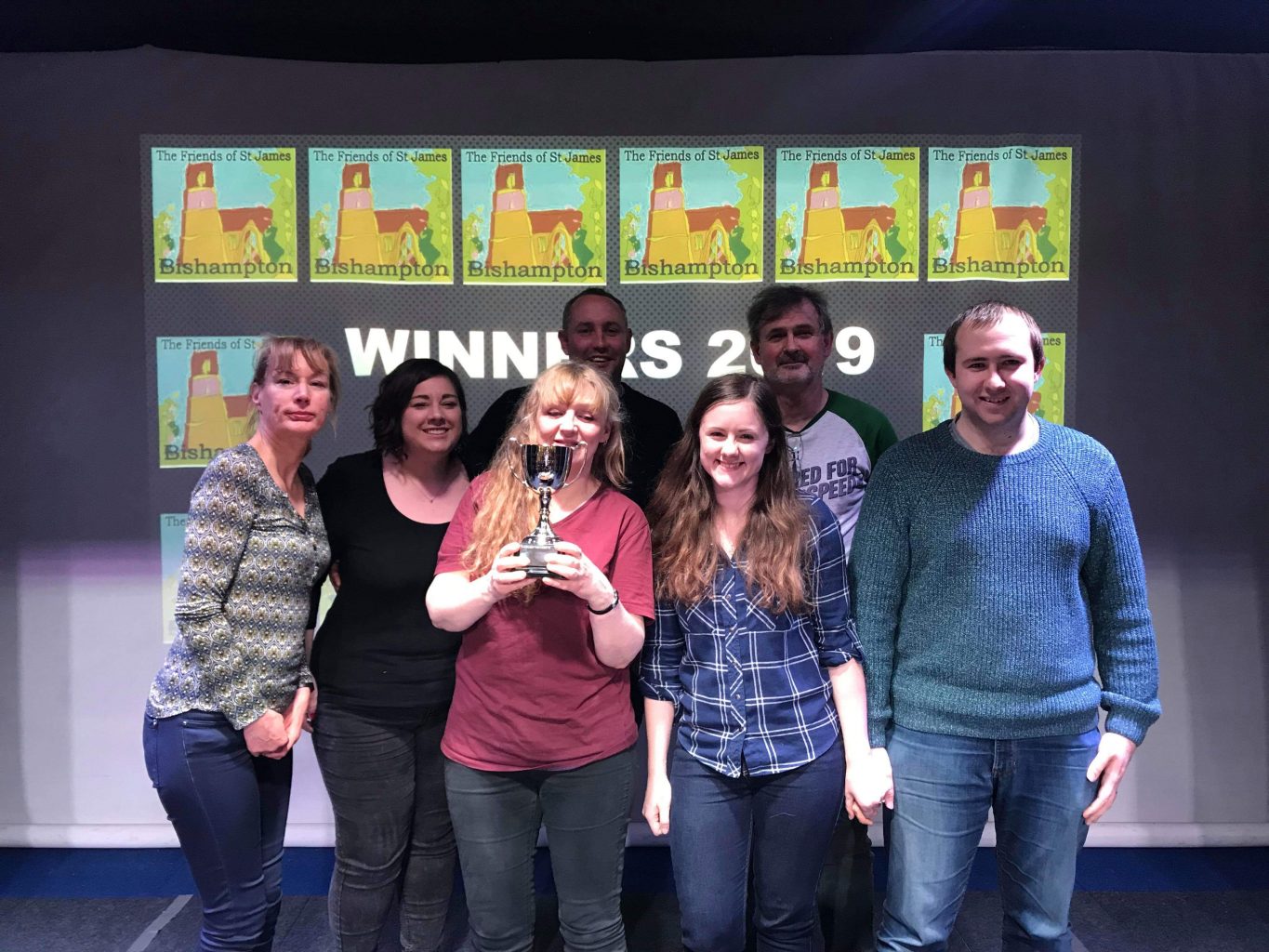 Quizically Challenged the triumphant, Who can beat them? Front row: Ginny holds the cup, Jenny and Matt Back row: Helen, Sarah, Tony and Ian

Just over 60 villagers attended together with 14 members of the Pop-Up Choir, led by Derek Ruskin, plus added instrumentalists(see photos below). Seasonal readings were given by our Master of  Ceremonies: Barry Griffin; Ian Hughes; April Noyes; Gary Noyes; Pat Burrage and Gill Griffin. 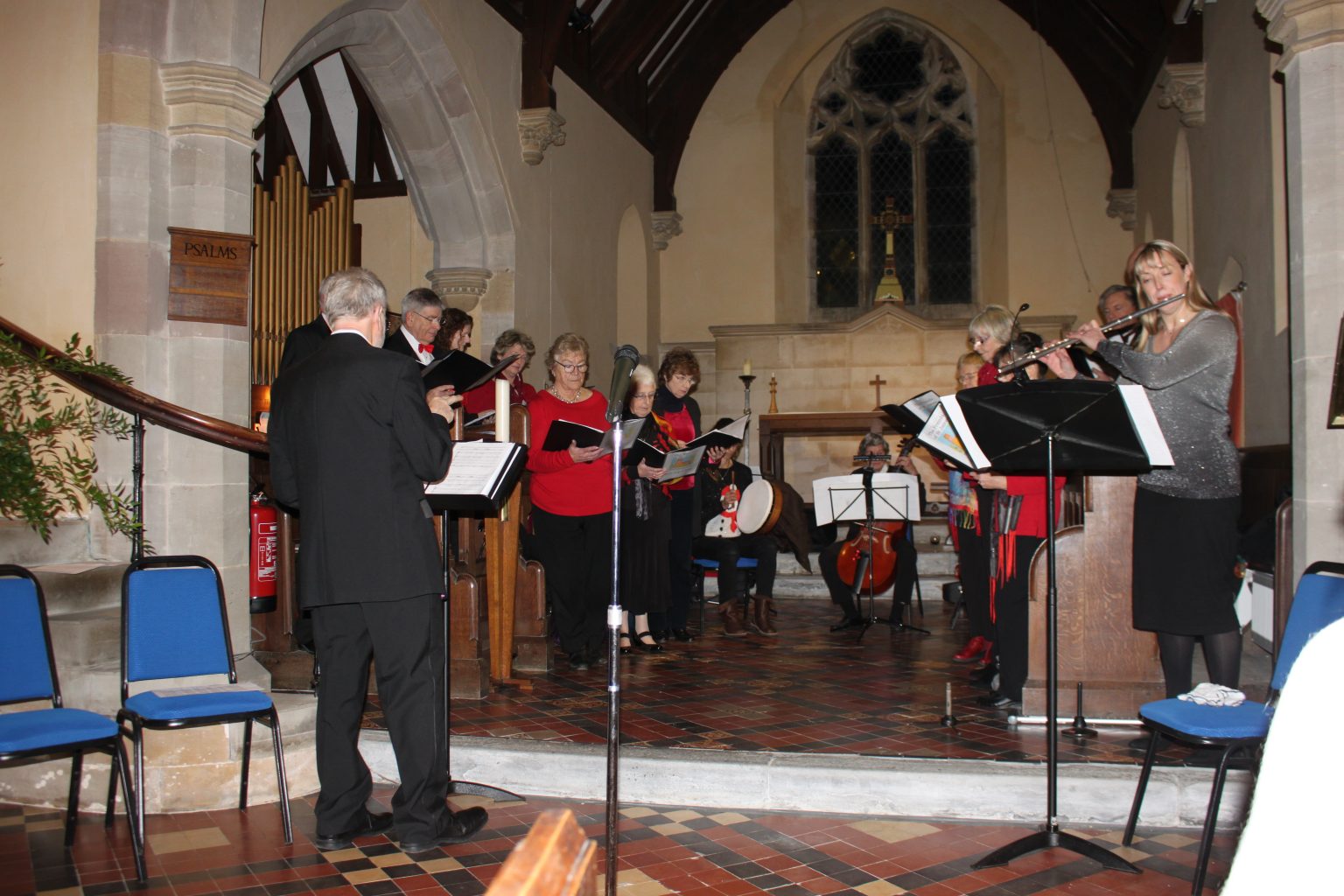 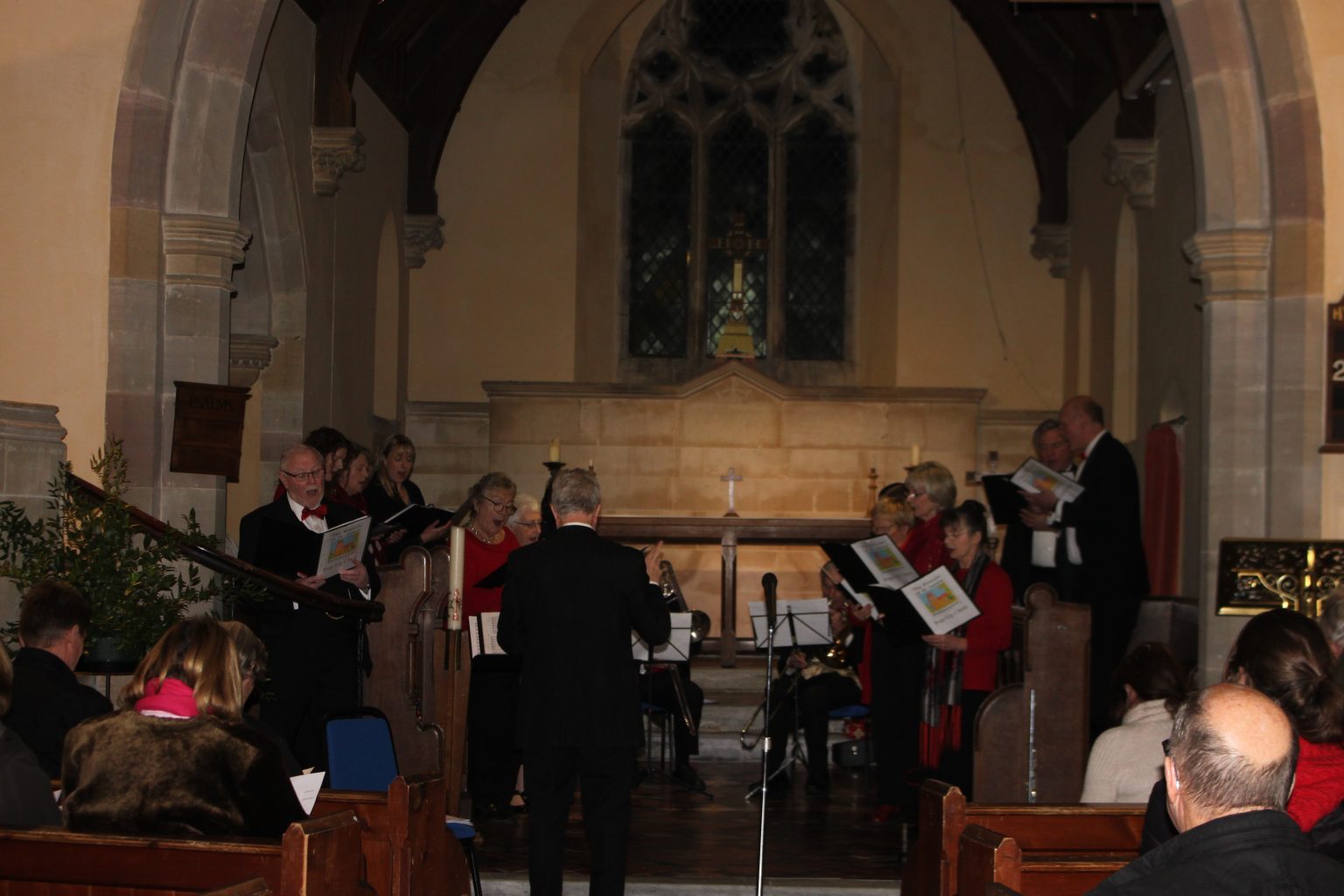 Nigel Smith on the church organ with trombones played by Bill Ellis & Richard King supported the choir for the Gloucester Wassail. 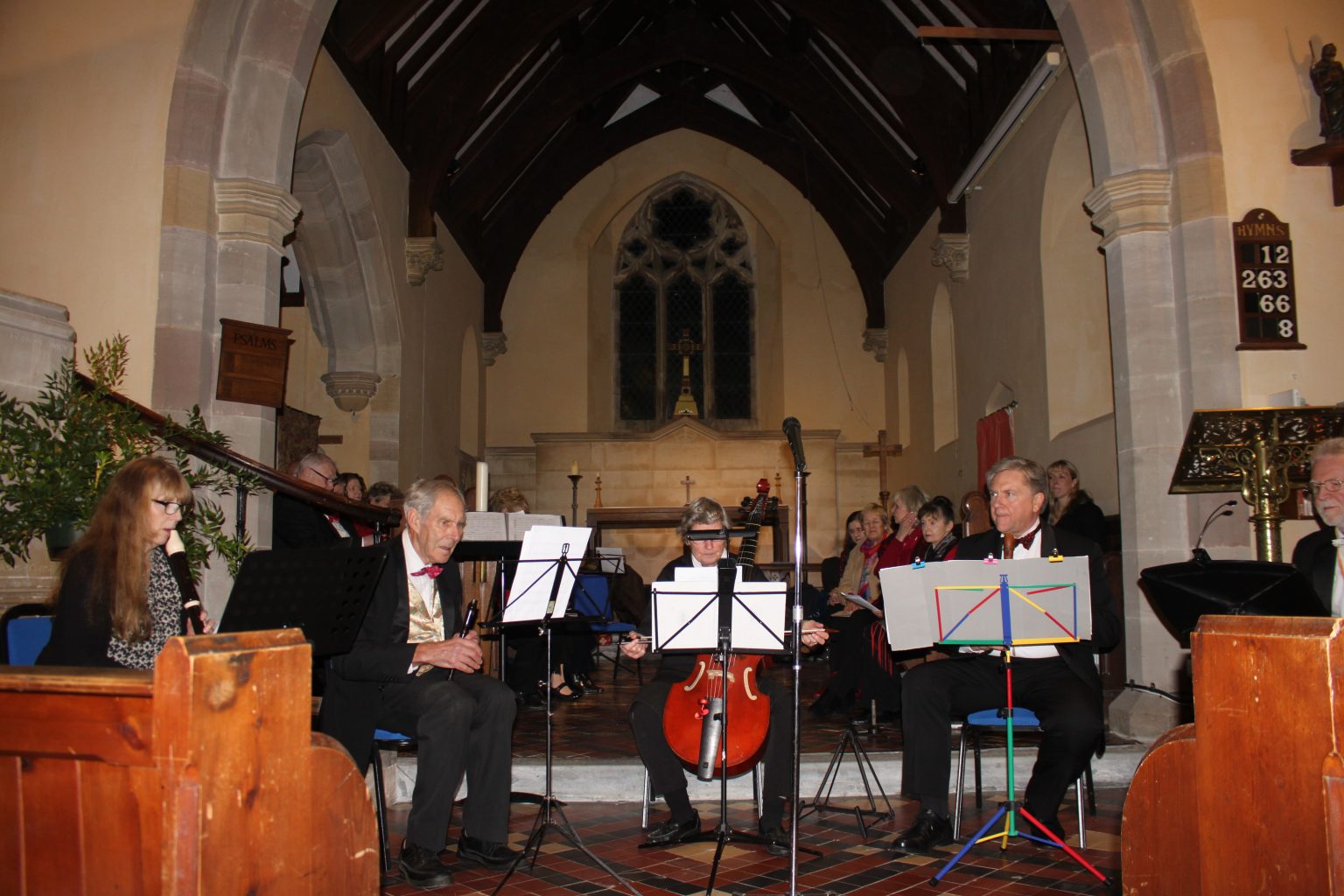 From left to right, Ginny Rhind on tenor, Richard King on descant, Tricia King on bass viol, Roger Blears on treble and Derek Ruskin on descant. 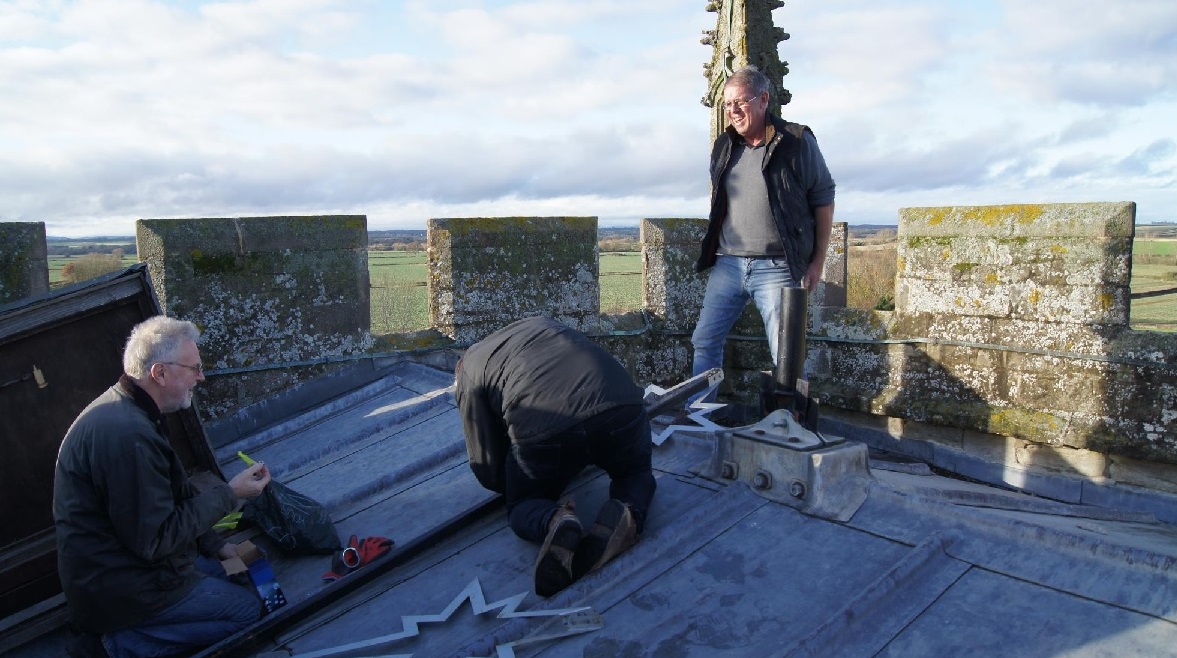 Our grateful thanks are given to all those who completed our questionnaires.

All responders thought the Trustees were wonderful 😉

A selection of further events you would like to see in St James were as follows:-